Since the soggy days of June and July of last year, there’s been a myriad of tasks that the committee has had to attend to in its preparation for the 24th Hot Rod & Street Machine Spectacular.

As this is being written, twenty trade stands had been booked onto the floor, fifty three cars and motorcycles entered for display and five clubs registered in the Club Corral.  Patrons had booked flights from interstate and the general tone was one of excitement, positive management and expanding growth.

Little did the WAHRP executive know that what started as a viral outbreak in an overseas food market in December 2019 would today lead to the decision to postpone the 2020 Spectacular.

With the concern for public health at the forefront, WAHRP has today begun work to reschedule the event to a date later in the year.  It does so with reference to the on-coming flu season during the winter months, the advice from government and health authorities regarding COVID-19 and with great respect to the thousands of entrants, traders and patrons who will be impacted by this decision.

The 2020 show is not being cancelled.  It will happen later in the year at the Claremont Showground but at a date yet to be confirmed.

In the meantime, entries remain open and the duration of the early entry fee has been extended. 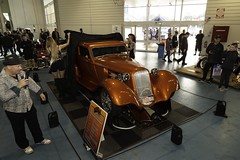 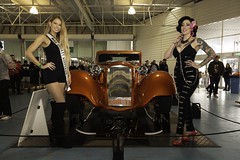 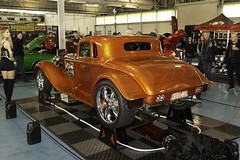 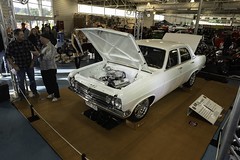 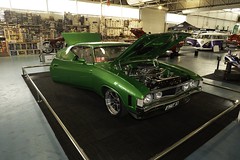 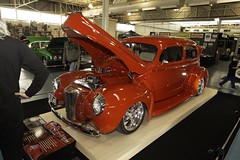 Comments Off
In light of today’s announcement from the Australian Government advising against the gathering of more than 500 people as a response to coronavirus fears, WA Hot Rod Promotions has decided to postpone the 24th Hot Rod & Street Machine Spectacular scheduled for 13th-14th June. WAHRP had been in discussion prior to this announcement and did […]

Comments Off
After its amazingly popular launch last year, WAHRP is pleased to announce the return of the ‘The Custom Pedal Car & Trike Challenge’ for 2020.   Sponsored by Park Automotive, you are invited to enter a custom pedal car, tricycle or pull-cart stroller for judging by both a select panel and the general public.   […]

Comments Off
In just two short years since the Webster pavilion was transformed into ‘Koolsville’, the kustom kulture profile of the Spectacular has been enhanced in ways that have left the local kustom community clamouring for more.  WAHRP’s Koolsville Co-ordinator Samantha Treloar has heard their call and in response, has introduced a program of attractions and events […]

Comments Off
In the rarified atmosphere of the nation’s top show cars, there are few that achieve nationwide exposure in real time.  Keith Zee’s 1938 Fordson van has not only taken the east coast show scene by storm but is now headed to the west coast to wow the locals at this year’s Spectacular.  And to confirm […]